Marcus Makes a Movie is a part of the Marcus collection.

Marcus is NOT happy to be stuck in after-school film class . . . until he realizes he can turn the story of the cartoon superhero he’s been drawing for years into an actual MOVIE! There’s just one problem: he has no idea what he’s doing. So he’ll need help, from his friends, his teachers, Sierra, the strong-willed classmate with creative dreams of her own, even Tyrell, the local bully who’d be a perfect movie villain if he weren’t too terrifying to talk to.

Making this movie won’t be easy. But as Marcus discovers, nothing great ever is—and if you want your dream to come true, you’ve got to put in the hustle to make it happen.

Comedy superstar Kevin Hart teams up with award-winning author Geoff Rodkey and lauded illustrator David Cooper for a hilarious, illustrated, and inspiring story about bringing your creative goals to life and never giving up, even when nothing’s going your way. 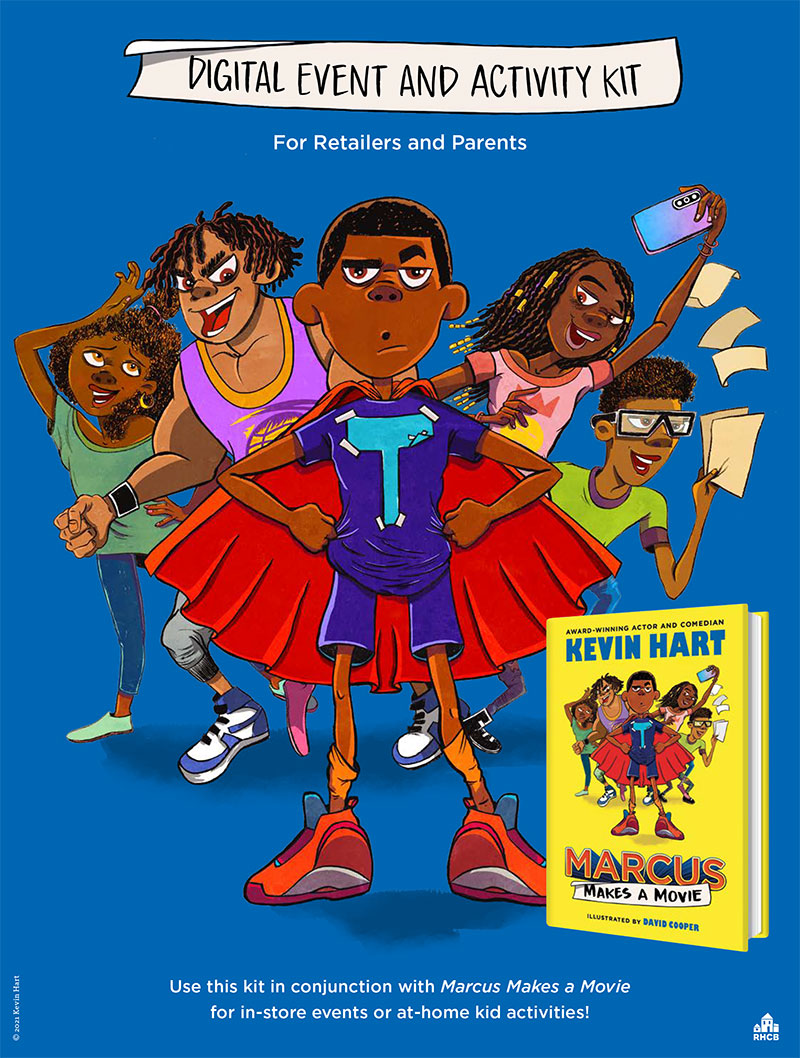 Sign up to hear the latest from all of your favorite Random House series, authors & brands!
—
Random House Children's Books